A Guide to Vegan Travel in Italy

Breath-taking architecture, stunning scenery, warm Mediterranean sun and incredible pieces of art – Italy is an amazing holiday destination! Yet how easy is vegan travel in Italy? Italian cuisine typically conjures up images of gorgonzola cheese, Parma ham, pepperoni and gelato – not very vegan-friendly! So will plant-based travelers enjoy a vegan trip in Italy? While being a vegan in Italy is not easy there are a few accidentally vegan Italian dishes, as well as a handful of vegan hotels. It is possible to find vegan pizza and vegan ice cream too! Here is the ultimate vegan guide to Italy to help you have a great plant-based getaway! 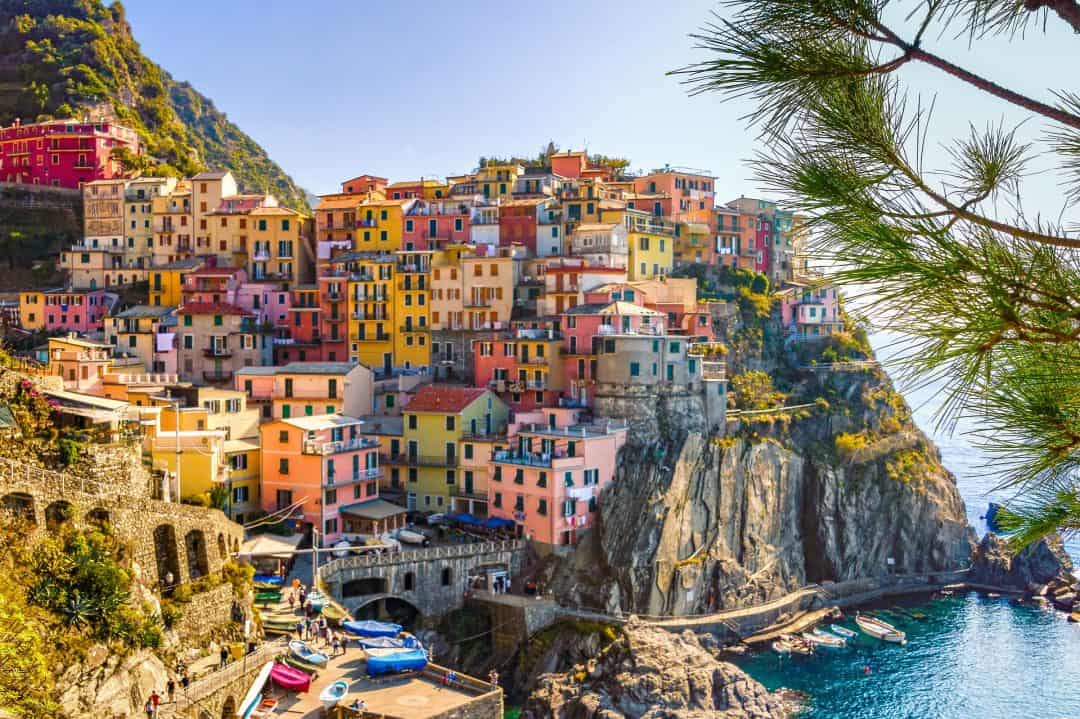 Italy is world famous for its iconic cuisine. Italian food focuses on regional produce and each region has their own distinctive dishes. For example, the cuisine in South Tirol with canederli dumplings, sausages and pretzels is very different to carbonara pasta found in Rome or the seafood dishes on the island of Sicily. One thing that you will find everywhere in Italy is pizza! At first glance, it seems that Italy is a difficult place to travel as a vegan. However, one of the best things about Italian food is that it is mostly made from scratch. This means that many restaurants and cafes can easily adapt their dishes to make vegan-friendly versions! Furthermore, there are plenty of accidentally vegan Italian dishes as well as decadent plant based ice cream! You can have an amazing vegan trip in Italy!

Firstly, let’s talk about pizza. You cannot visit Italy and not have at least one pizza! While plant-based travellers may be worried about cheese, fear not. Most pizza is freshly made. This means you can ask for whatever toppings you like. Furthermore, Marinara Pizza is a delicious accidentally vegan pizza! Pizza Marinara consists of tomato, oregano and garlic. On freshly baked bread, these local fresh ingredients create a delectable dish! Pizza Marinara is one of the most popular pizzas throughout Italy. Other pizzas which are easy to make vegan are Pizza Capricciosa and Pizza Vegetariano. Just make sure to ask for them without cheese ‘senza formaggio’.

Secondly, another iconic Italian delicacy is pasta. In Italy, a lot of fresh pasta is made with egg. When ordering pasta dishes ask for the pasta to be asciutta which means dry pasta which doesn’t contain egg.

Thirdly, an essential experience of traveling in Italy is eating huge amounts of gelato! While ice cream tends to be made from cow’s milk, sorbets tend to be vegan. Imagine savouring a tasty ice-cold strawberry sorbet to cool you down on a hot Italian afternoon. Most of the fruity gelato flavours are accidentally vegan in Italy. For chocolate lovers, there is also a dark chocolate vegan ice cream available, known as cioccolato fondente!

Of course, Italy is not just about pizza, pasta and ice cream. There is a huge variety of incredible plant-based food to try during your vegan trip to Italy! Vegans will love the range of accidentally vegan antipasti or appetizers. Snack on crunchy bruschetta, fresh verdure, zesty olives and carby patatine fritte. After your vegan antipasti, you can dig into your primi course. The primi section of an Italian menu will contain dishes such as soups, pasta options and risottos. Accidentally vegan options on the primi part of the menu include Pasta e Ceci which is a yummy chickpea and vegetable soup. Pasta e Fagioli is an accidentally vegan Italian stew with beans for protein. There are also a few accidentally vegan pasta dishes such as Spaghetti Aglio and Penne all’Arrabbiata. 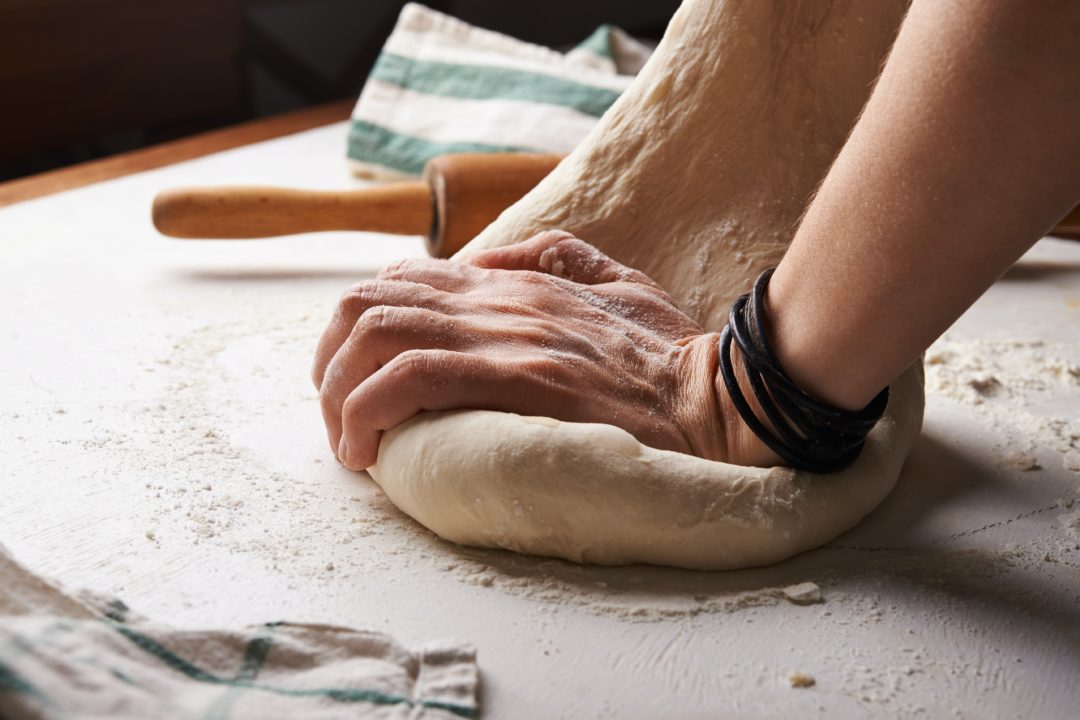 The next part of an Italian menu is called secondi but this section tends to contain mainly meat and fish dishes. Vegans will probably want to just turn the page and go to the contorni (the side dishes).

To wash down all this delicious plant-based Italian  food you may like to order a glass of wine. While wine is made of grapes, it may surprise you that not all wine is vegan!

Wine is not always vegan due to a process called ‘fining’. Young wines are still very cloudy. These new wines eventually self-fine creating the clear liquid we see in wine bottles, but manufacturers can use fining agents to speed up this process. Unfortunately, these agents are not always vegan. Non-vegan processing aids include albumin (egg whites), isinglass (fish bladder) and casein (milk protein). Frustratingly, traces of the fining agents can be absorbed into the wine during the refining process.

Luckily, there is now a global trend to move to more natural wine making methods. Either winemakers are allowing the wine to self-fine or are experimenting with vegan-friendly fining agents such as bentonite (clay) and activated charcoal! If you want to try vegan wine in Italy, why not join us at our Getaway in Tuscany that includes a vegan wine tasting experience? 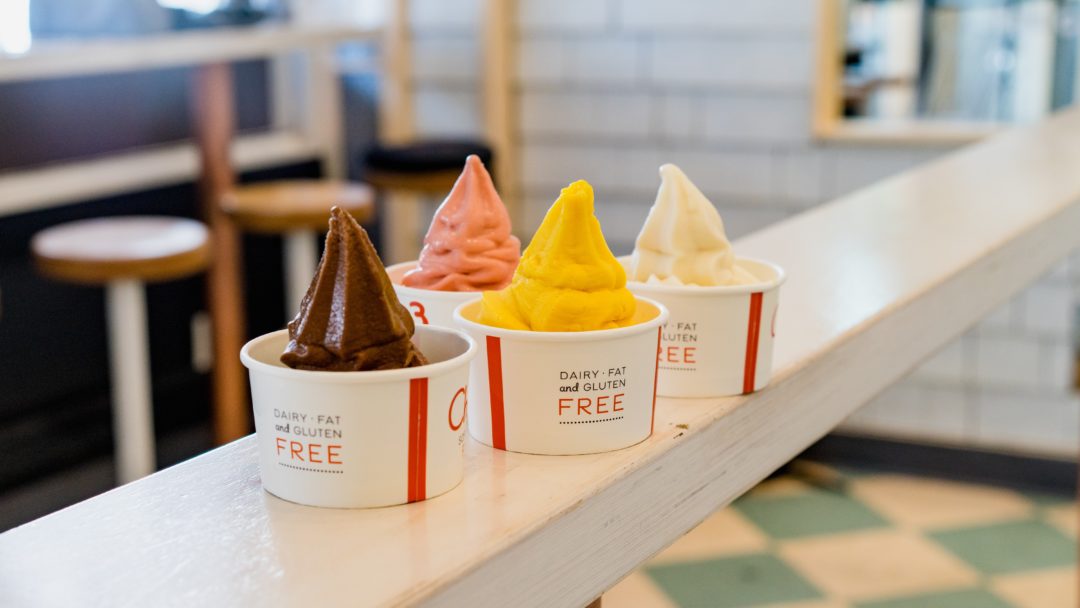 During your vegan trip to Italy, you will want to check out some of these vegan cafes and vegan-friendly restaurants! There is even a vegetarian city in Italy!

Florence is an incredibly romantic city. Gorgeous architecture, world famous art galleries, royal palace gardens and riverside strolls. In order to fuel your sightseeing check out the popular vegetarian restaurant Liberia Brac. If you are looking for traditional vegan versions of Tuscan cuisine, Konnubio has wonderful authentic Tuscan vegan dishes! Konnubio is not a vegan or vegetarian restaurant but they have an extensive vegan menu with vegan lasagne and spezzatino di seitan. They focus on fresh organic cuisine and this would be a great option is you are travelling with omnivores.

Your vegan Italian trip may include a trip to Rome. Afterall, Rome is the third most visited city in Europe! There are glorious ancient monuments and impressive ruins to be discovered. The Eternal city also has a few vegan venues! While most vegan venues in Rome are in the suburbs, there is an excellent vegan-friendly restaurant next to the Termini train station. Stop by the traditional Roman trattoria, Rifugio Romano, for vegan spaghetti alla carbonara, vegan calzone, vegan house wine and vegan tiramisu.

Another popular Italian city is Milan. Milan has one of the most impressive cathedrals in the world which took almost 6 centuries to build. Milan also has some lovely vegan restaurants. There is a branch of the instagrammable Flower Burger in Milan as well as a healthy bistro called Bistrobio. If you fancy treating yourself to a vegan Italian breakfast, which is mainly sugary treats and coffee, stop off at Pasticceria Rovida. They have vegan cookies, vegan muffins and decadent soy hot chocolates!

What you may not know is that there is another city in Italy which is arguably the best city in Italy for vegans! In 2016, Turin declared they wanted to become a “vegetarian city”. https://www.theguardian.com/lifeandstyle/2016/dec/11/turin-italys-first-vegetarian-city Turin is very aware of environmental issues due to the high levels of pollution they experience. Now they plan to increase education on animal welfare as well as the health benefits of eating a plant-based diet! You will not struggle to find vegan food in Turin. Make sure you stop off at the city’s first vegetarian restaurant, which is now 100% vegan, Mezzaluna. Mezzaluna opened back in 1994 so they have had years of experience of producing epic vegan food!

There are many great vegan restaurants in Italy. Make sure to download the HappyCow App to find the best vegan options during your vegan trip to Italy. https://www.happycow.net/

If you are looking for vegan accommodation in Italy, there are quite a few vegan hotels, vegan B&Bs and vegan guesthouses in Italy.

Fancy a relaxing vegan break by Lake Garda? There is a lovely vegan B&B called B&B La Casota. Another vegan B&B in Italy is La cena di Pitagora locanda Vegana which is in an old Italian farmhouse. Perhaps you would rather stay in an organic farmhouse such as Campo di Cielo Bio Agriturismo Vegan where you can even try organic vegan wine! 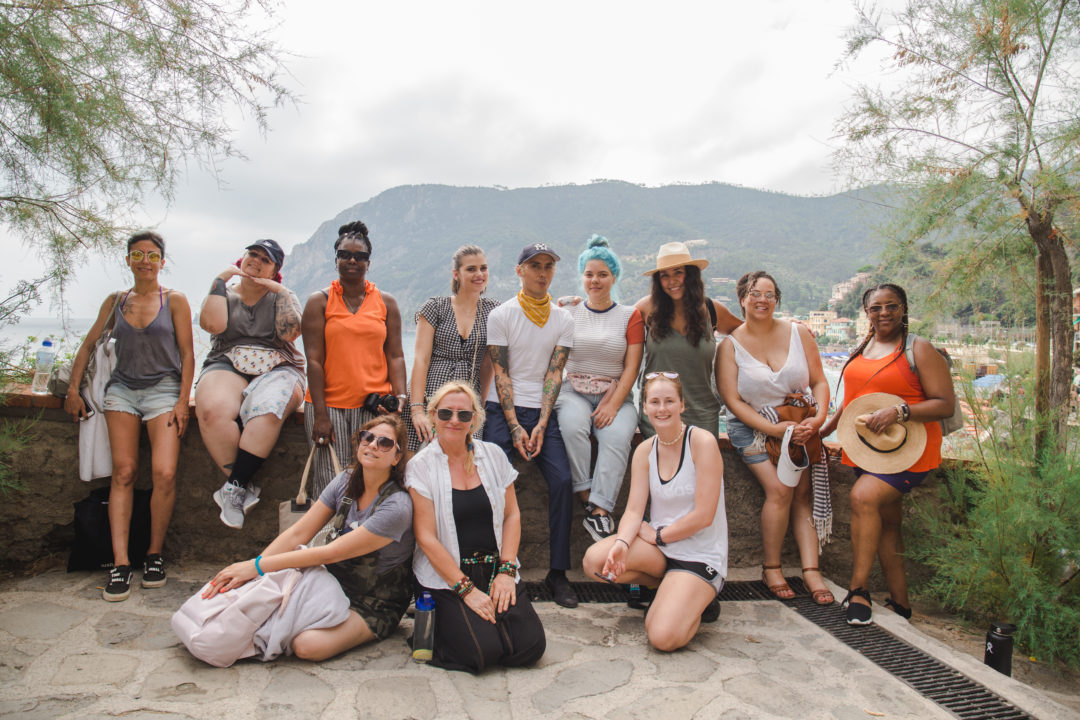 Join us on our Vegan Getaway in Italy!

To discover the best plant-based food Italy has to offer, you can join us at one of our fabulous events in Tuscany. We curate everything to the highest standard, all you have to do is show up! Everything is much more exciting when you get to travel with other compassionate individuals! Click here to find out the full itinerary of this life-changing Italian adventure!

Vegan travel in Italy can be challenging but with a little extra planning or by joining one of our vegan Getaways, you will have an amazing vegan trip in Italy! Hopefully this guide has shown that it is not all mozzarella and pepperoni. You can find wonderful vegan versions of traditional Italian food across the country. It’s not impossible to travel as a vegan in Italy. In fact, every year, it’s getting easier and easier to travel on a plant-based diet!

When organising your own vegan trip to Italy, you need to be prepared to plan and research more than a non-vegan traveler in terms of where to stay and where to find tasty plant-based food. It is also a good idea to learn a few phrases such as sono vegano (I am vegan) and a few translations of the food that vegans can’t eat such as formaggio (cheese), latte (milk) and pesce (fish).

Italy is full of incredible architecture, ancient cities, wonderful cultural experiences and some mouth-watering plant-based food. With a little bit of planning or by joining us on our Getaway, you will have an incredible vegan Italian holiday!

Performance cookies are used to understand and analyze the key performance indexes of the website which helps in delivering a better user experience for the visitors.

Analytical cookies are used to understand how visitors interact with the website. These cookies help provide information on metrics the number of visitors, bounce rate, traffic source, etc.

Advertisement cookies are used to provide visitors with relevant ads and marketing campaigns. These cookies track visitors across websites and collect information to provide customized ads.

Other uncategorized cookies are those that are being analyzed and have not been classified into a category as yet.

Save & Accept
Powered by