A Guide to Vegan Travel in Portugal

With 3000 hours of glorious sunshine, golden sandy beaches, spectacular cities, magical castles and charming villages – Portugal is a fantastic vegan holiday destination. But how easy is vegan travel in Portugal? Whilst Portuguese cuisine conjures images of seafood and flaky egg pastries, Portugal is surprisingly vegan-friendly! There are plenty of accidentally vegan Portuguese dishes, a few vegan hotels and it is possible to get a vegan Pastel de Nata too! Here is the best guide to vegan Portugal getaway 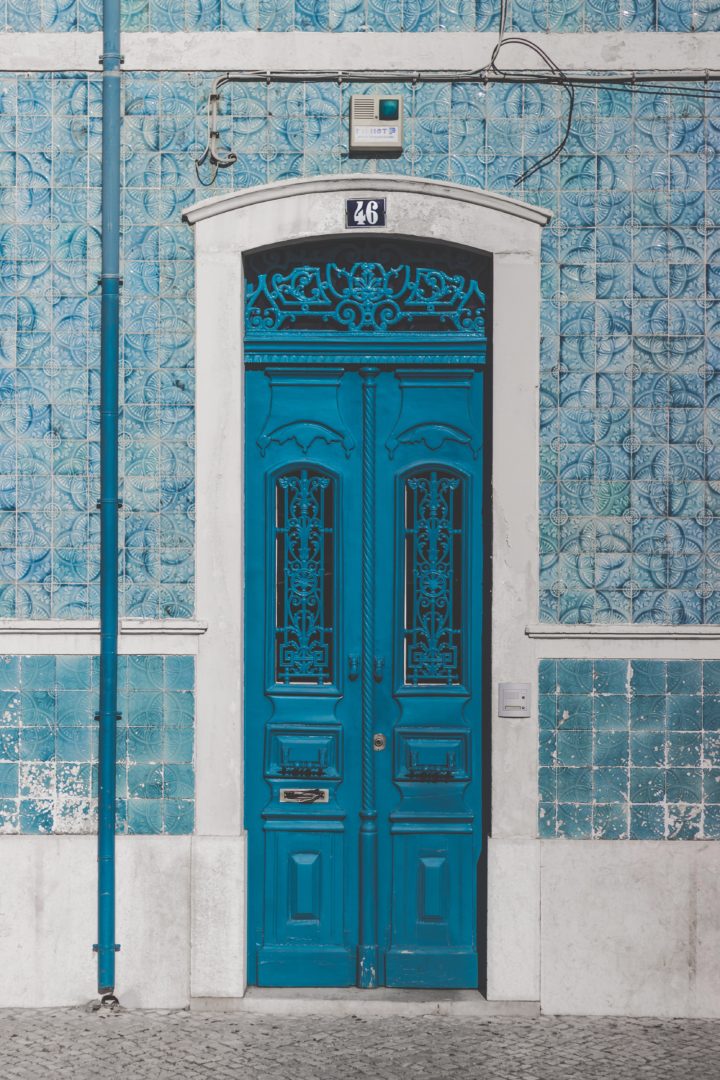 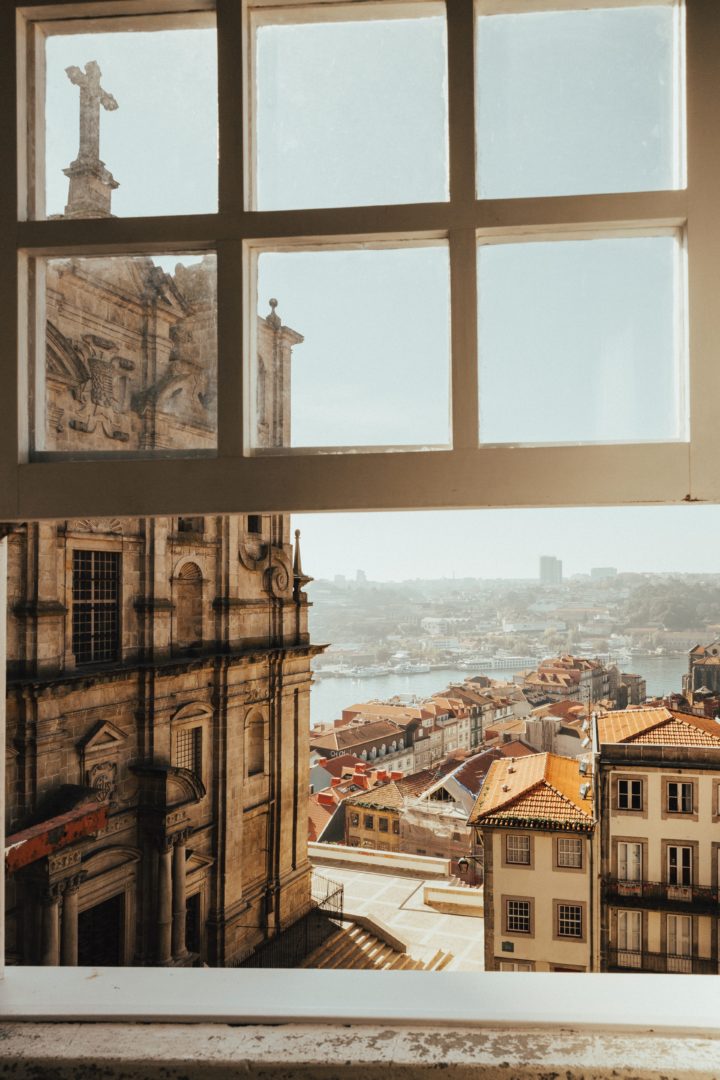 While Portugal is the second highest consumer of seafood in Europe, the Portuguese government recently introduced a new law, making being a vegan in Portugal a little easier. This new law states that all public institutions in Portugal such as government offices, schools and hospitals, must offer at least one vegan option. If you are thinking of studying in Portugal as a vegan you can be certain that your university can cater for you! While plant-based options are not yet mandatory in every café or restaurant, there are plenty of accidentally vegan dishes in Portugal!

For instance, there are plenty of accidentally vegan side dishes in Portugal. Make sure you don’t make the mistake of asking for tapas though! Tapas are a Spanish side dish which comes from the word to cover (tapar).

In Portugal you ask for petiscos! Petiscos are a small version of larger Portuguese dishes. The verb petiscar is often translated as to snack or nibble but really means “eating and savouring these small-sized dishes, generally with friends.” You can find yummy petiscos in cafes or tascas, traditional taverns. Many petiscos do contain meat or fish but there are a few tasty accidentally vegan petiscos to try during your vegan trip to Portugal.

A few tasty plant-based side dishes in Portugal are torricada, milho frito and tremoços. Torricada is crispy garlic bread drizzled in olive oil and sprinkled with salt. When you order just make sure no fish or cheese comes with the torricada. Milho frito is a vegan side which originates from Madeira. Also known as Madeira fried cornmeal this is a crispy fried side dish, similar to polenta fries. Just made sure it was made with vegetable oil rather than butter. Another accidentally vegan Portuguese side dish is tremoços.

These are cooked lupini beans. They are small bite-sized salty treats which are perfect for sipping an ice-cold beer with. Now you know what tasty Portuguese vegan sides you can enjoy on your vegan trip in Portugal!

Not only are there many yummy vegan Portuguese sides but there are also a few accidentally vegan soups in Portugal! After a morning of sightseeing in the hot Portuguese sun, you may be in the mood for a refreshing cold vegan soup! Portugal has its own version gazpacho. Gazpacho is a cold soup made from ripe tomatoes, fresh parsley, green capsicum, onion and garlic. Just make sure there is no cream or cheese in the soup when you order the gazpacho.

If you are not a huge fan of cold soups there are also a few warming hot plant-based soups such as Sopa de Cenoura or Sopa de Feijao. After your soup, it is time to move onto the main course!

There are not many accidental vegan main courses in Portugal. One plant-based main course that tends to be vegan is migas de feijao fradge. Migas are traditional Portuguese dishes and this version with cabbage and beans is vegan.

For those who have a sweet tooth, marzipan is a popular accidentally vegan sweet in Portugal. Portuguese marzipan is made from almonds, sugar and water making it a naughty plant-based treat! 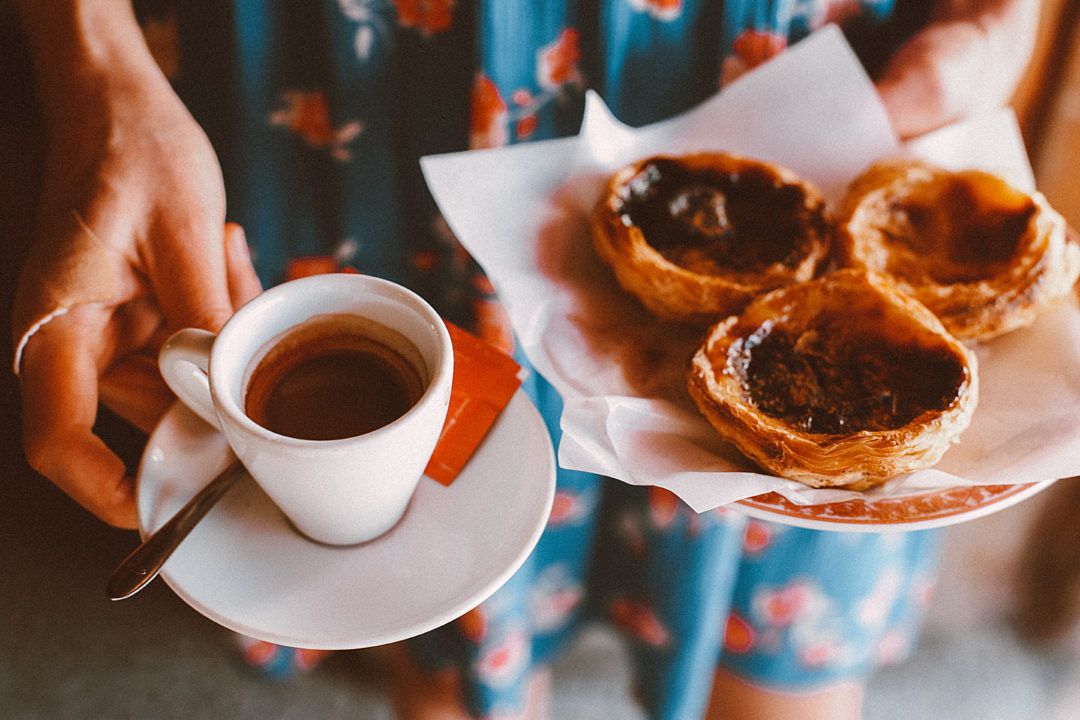 The oldest 100% vegan restaurant in Lisbon is The Food Temple. The plant-based menu in the charming Alfama district changes every evening so you never know what tasty vegan Portuguese dish you will be served! In order to experience authentic Portuguese cuisine vegan-style, you might also want to check out Vegan Eats which serves vegan versions of traditional Portuguese dishes. If you feel deprived of all of the seafood on offer, don’t despair! There is a great vegan sushi restaurant in Lisbon called Legumi Sushi!

Make sure you try ginjinha during your vegan trip to Lisbon too. This is a sweet cherry liqueur. Berries are fermented into a brandy which creates this fantastic vegan drink! During your vegan Portugal getaway, you must also try port in Porto! Porto may not be as vegan-friendly as Lisbon but imagine relaxing with a glass of port with a few fresh olives and crunch nuts to nibble on.

After eating all of the incredible plant-based food in Portugal, you will of course want to find a vegan-friendly place to stay. For those looking to stay at vegan-friendly hotel in Portugal there are a few 100% vegan accommodation options to choose from. Casa de Cumeada  is a 100% vegan B&B iand Honey House Vegan Retreat is a vegan retreat on the Portuguese countryside.

Alternatively, if you want to make sure you stay at all-inclusive resorts with vegan options, why not join The Getaway Co’s fabulous vegan Portugal getaway in 2022 where we do all the planning for you? 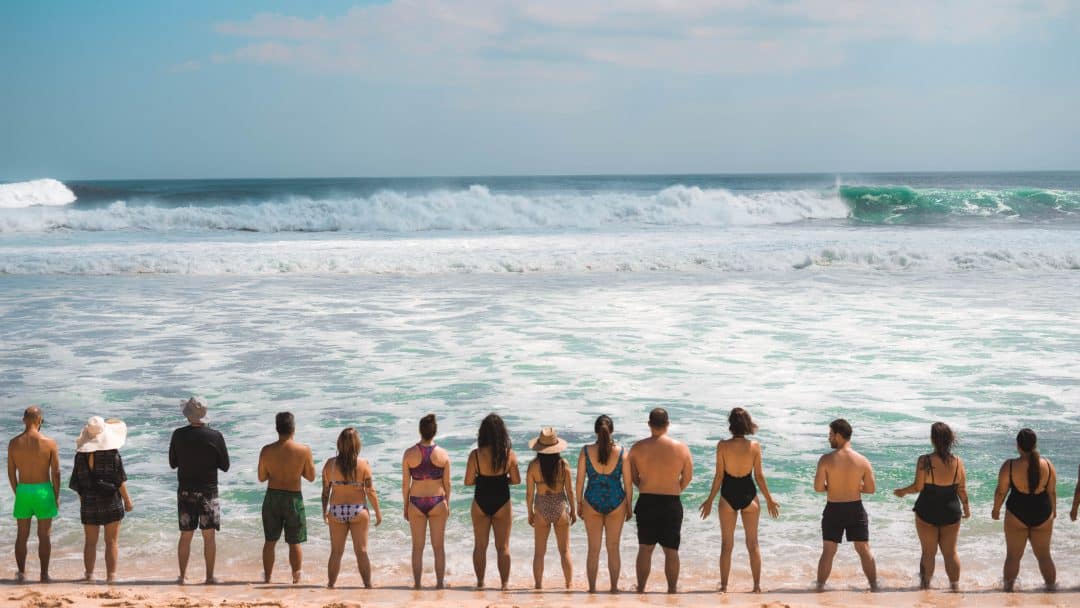 Planning Your Vegan Travel in Portugal? Join Us On Our Upcoming Getaways!

While vegan travel in Portugal comes with its own challenges, it is possible. Portugal is full of stunning scenery, inspiring cities, fascinating cultural experiences and some amazing plant-based food. When organising your own vegan trip to Portugal, you need to be prepared to plan and research more than a non-vegan traveler in terms of where to stay and where to find tasty plant-based food. It is also a good idea to learn a few phrases such as Eu sou vegano (I am vegan) and a few translations of the food that vegans can’t eat such as manteiga (butter), leite (milk) and peixe (fish).

Vegan travel in Portugal can be challenging but with a little extra planning or by joining one of our vegan Getaways, you will have an amazing vegan trip in Portugal! Hopefully this vegan guide to Portugal has shown that it is not all peri peri chicken and fish. You can find wonderful vegan versions of traditional Portuguese food.

It’s not impossible to travel as a vegan in Portugal. In fact, every year, it’s getting easier and easier to travel on a plant-based diet as people around the world become more educated on the topic.To discover the best plant-based food Portugal has to offer, join us on our vegan Mindfulness, Connection & Culture trip where we curate everything to the highest standard and make it that much more exciting to travel as a compassionate individual! Click here to find out the full itinerary of our life-changing vegan Portugal getaway!

This website uses cookies to improve your experience while you navigate through the website. Out of these cookies, the cookies that are categorized as necessary are stored on your browser as they are essential for the working of basic functionalities of the website. We also use third-party cookies that help us analyze and understand how you use this website. These cookies will be stored in your browser only with your consent. You also have the option to opt-out of these cookies. But opting out of some of these cookies may have an effect on your browsing experience.
Necessary Always Enabled
Necessary cookies are absolutely essential for the website to function properly. These cookies ensure basic functionalities and security features of the website, anonymously.
Functional
Functional cookies help to perform certain functionalities like sharing the content of the website on social media platforms, collect feedbacks, and other third-party features.
Performance
Performance cookies are used to understand and analyze the key performance indexes of the website which helps in delivering a better user experience for the visitors.
Analytics
Analytical cookies are used to understand how visitors interact with the website. These cookies help provide information on metrics the number of visitors, bounce rate, traffic source, etc.
Advertisement
Advertisement cookies are used to provide visitors with relevant ads and marketing campaigns. These cookies track visitors across websites and collect information to provide customized ads.
Others
Other uncategorized cookies are those that are being analyzed and have not been classified into a category as yet.
Save & Accept
Powered by